Android One = will open the next wave of mobile apps adoption in India. 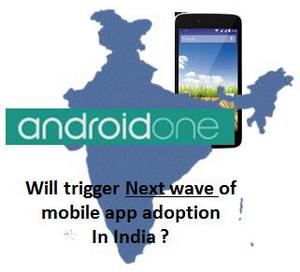 Android One = will open the next wave of mobile apps adoption in India.

With the introduction of android one phones in India, the market is getting ready for thousands of first time android phone users in India. Especially the second-third tier cities and small town dwellers, professionals who could afford to be connected to the internet now will drastically widen.

The following table captures a model of mobile apps adoption for smartphone users in India: (The models might vary a little, but mostly similar in many countries (I think) Android One will bring in the fifth wave much faster.

Hypothetical Five waves of Mobile apps adoption as I perceive:

This is great opportunity for app development for business, Applications listed under the 5th wave ‘Business’ actually are great opportunities for innovative businesses and application developers. The retailers, shopkeepers who can afford mobile devices, could use them almost as their business computers to process billing, inventory tracking etc.